Kaylee and the Bee

A few weeks ago Kaylee came home from school and told me she had taken a spelling test and gotten the highest score in the sixth grade. I thought that was a fantastic achievement, but I didn't really know what it meant until she brought a letter home a few days later telling us that her score had qualified her for the regional Spelling Bee semifinals. She was one of only sixteen sixth graders to represent the Clark County school district (the 5th largest school district in the nation). She didn't make it to the finals, but we are soooooooo proud of her!! 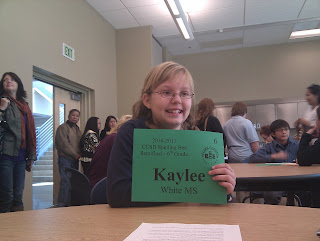 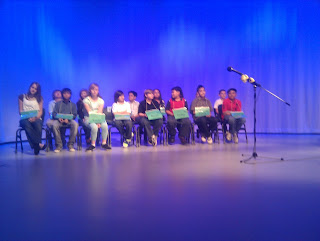