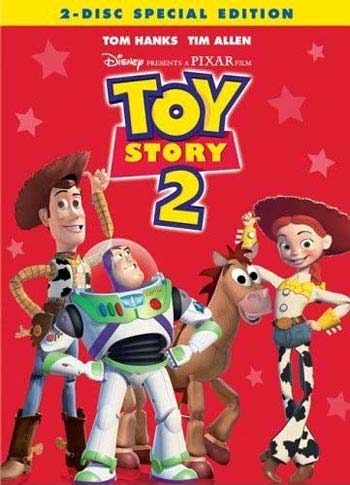 That means Toy Story 2 for those of you who don't know German. How do I know? Well I looked it up, but we recently came into a version of Toy Story 2 that is completely in German (don't ask). The funny part is that Dalin doesn't care. The other day he watched it three times and threw a huge fit when I wouldn't turn it on for a fourth time. Crazy little two-year-olds, their always good for a laugh.

There has been a "Monster Bus" (a bus on monster truck wheels) making the rounds in town the last couple of months offering rides for $5. The bus's most recent location is at the Lowes by our house and when we drove by Dalin really wanted a ride. I told him it cost too much money so we weren't going to ride. I then had the following conversation with Aiden.

Me: "Do you have $5 you want to spend on the Monster Bus ride, I don't. Besides you'd have to pay for Dalin too."

Me: "Well you two wouldn't be allowed to go by yourselves so you would have to pay for me too."

A: (After a thoughtful pause) "How do you get money out of your college fund?"

Luckily he has a mom to save him from himself so fifteen years from now he's not working at McDonalds lamenting the fact that he didn't go to college. "If only I hadn't spent that $15 from my college fund when I was six..."
Posted by Kristen on Saturday, February 07, 2009

Very funny! But maybe with such great math skills Aiden will get scholarships and look back and say," I totally could have spent that money from my college fund!"

That is too funny!! I bet you never buy him candy either!

LOL. That kid is way to smart for his own good! That story is hilarious!